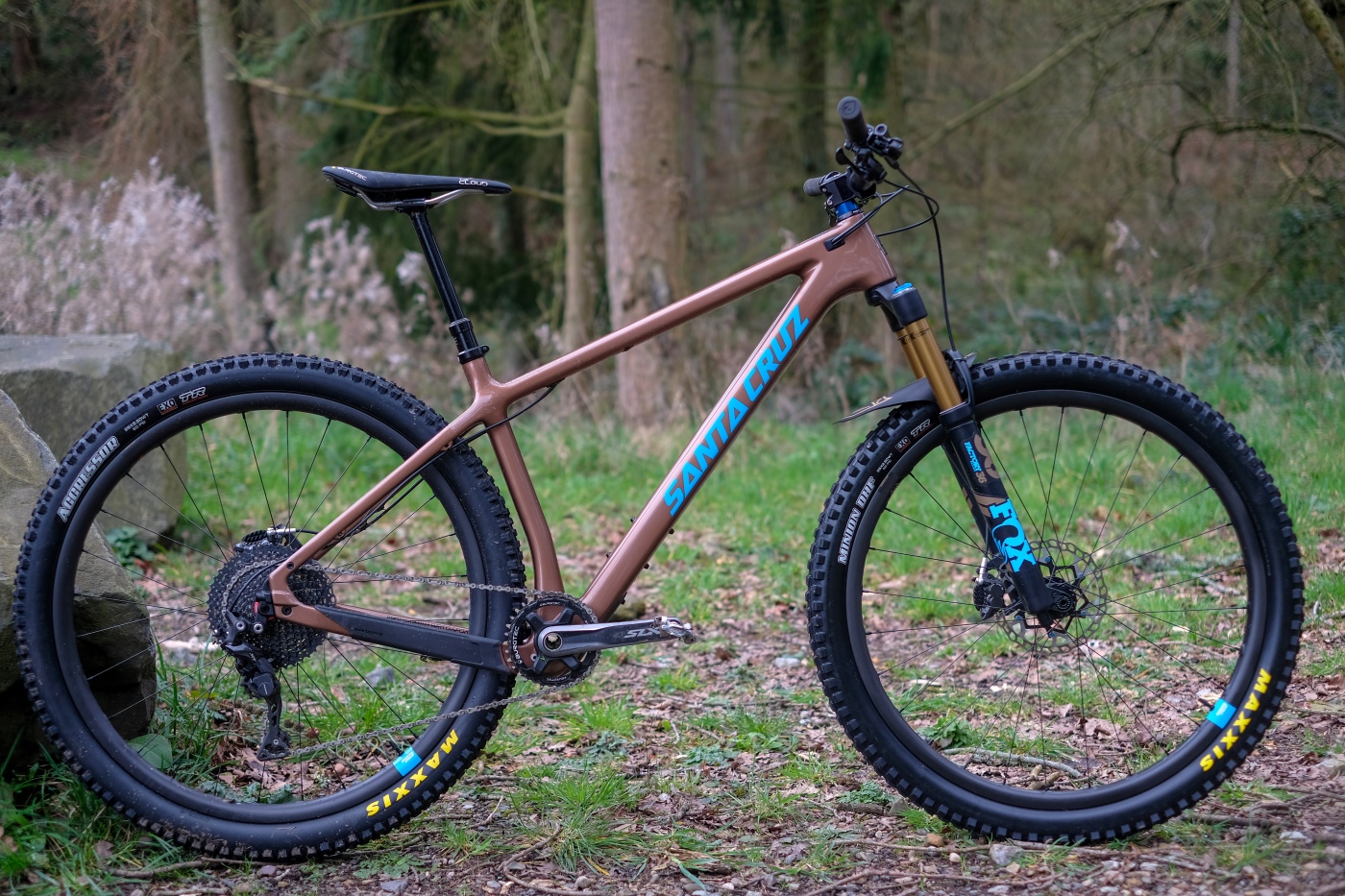 Released this month, the Carbon Fibre Santa Cruz Chameleon is the latest addition to the much-acclaimed Chameleon line. Widely considered to be the ultimate hardtail, how could it possibly be improved on? Carbon Fibre, that’s how. I was lucky enough to be able to borrow one straight out of the box this week…. 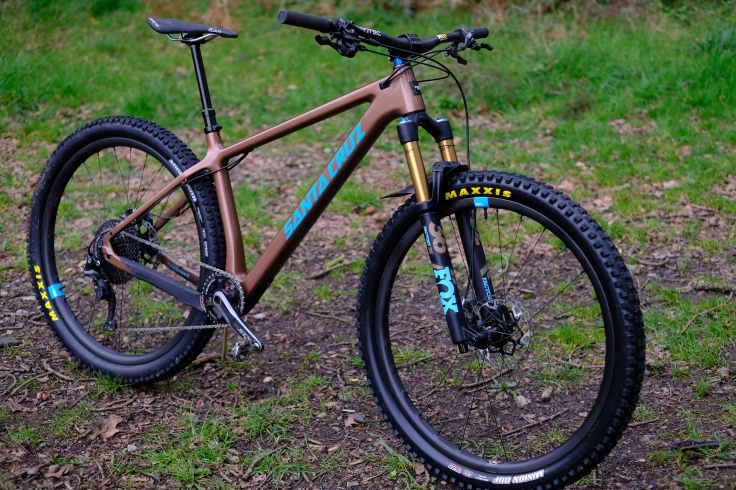 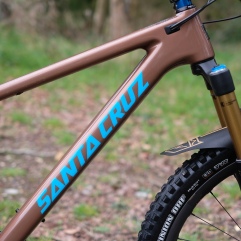 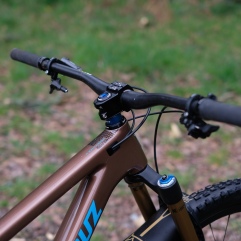 The model tested is the top of the range 29er “SE” model with upgraded forks (Fox 36, rather than 34). Spec is full Shimano XT, Santa Cruz’s own carbon reserve wheels and burgtec finishing kit. I didn’t weigh it, but its very light for a hardcore-ish hardtail. You can specify with 650B+ or 29”, and theoretically the two wheels sets are interchangeable providing you also checking the rear dropouts at the same time.

How does it ride? Coming off a full blown XC bike it feels slack in the front end, but reality I think I just needed to adjust to this more modern geometry, and after an hour of riding it feels totally normal. Its slack, its long, but feels neither. It is a testament to Santa Cruz’s hard work on geometry that the bike more or less hides its secret characteristics, and doesn’t feel compromised by them, like a Cotic BFE or On-One 456. As the trail starts to go up the hardcore hangover never comes, this thing climbs like Alex Honnold, with the short chain stays transmitting every ounce of every stroke.

Handling is neutral, maybe on the side of pointy. Traction is fantastic, thank that seriously compact rear end for both. Really once you know that it climbs, and climbs well, then any real worries are set to one side, but with this spec: Fox 36s, 2.5 Schwalbes, dropper post: its descends like no hardtail I have experienced. Very assured on the rough stuff, stable on the loose and completely neutral in the air. I literally got a KOM on the way back from the shop, half a mile into riding this bike. The segment? Starts with a steep climb, then finishes with a fast descent, painfully crass; but I could have just posted this picture and cut down the wear on my keyboard. 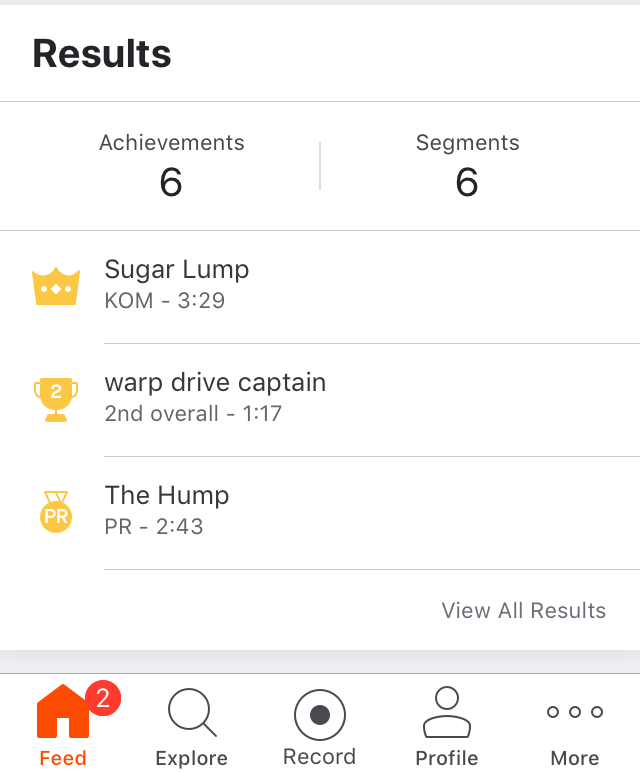 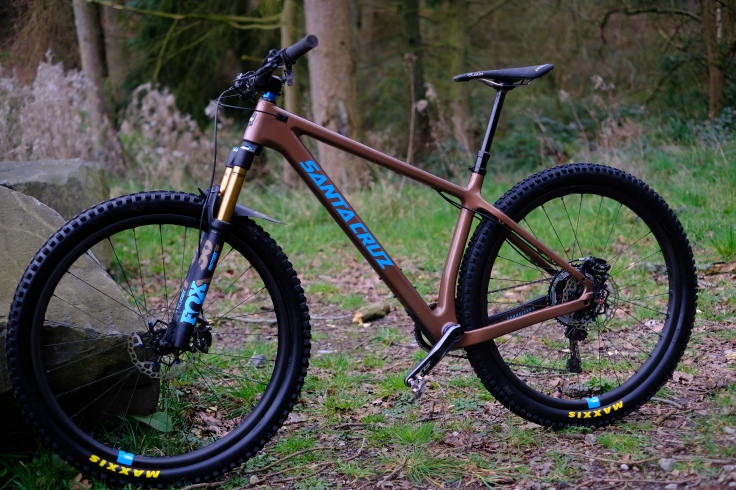 Is this the best all rounder on the market right now? yes quite easily. OK it isn’t cheap; this build gives you only a little change from £6k, and there is only one colour choice (the aluminium has two), but its hard to fault otherwise. You could literally ride XC with this (not necessarily win races, but not disgrace yourself), and there aren’t trails this side of Pila that it couldn’t handle. The down tube even has triple bosses for bike packing, too. Take it where you want, do with it what you want and pretty much keep-up with whoever you want. Santa Cruz set out to make an N-1 bike and nailed it.