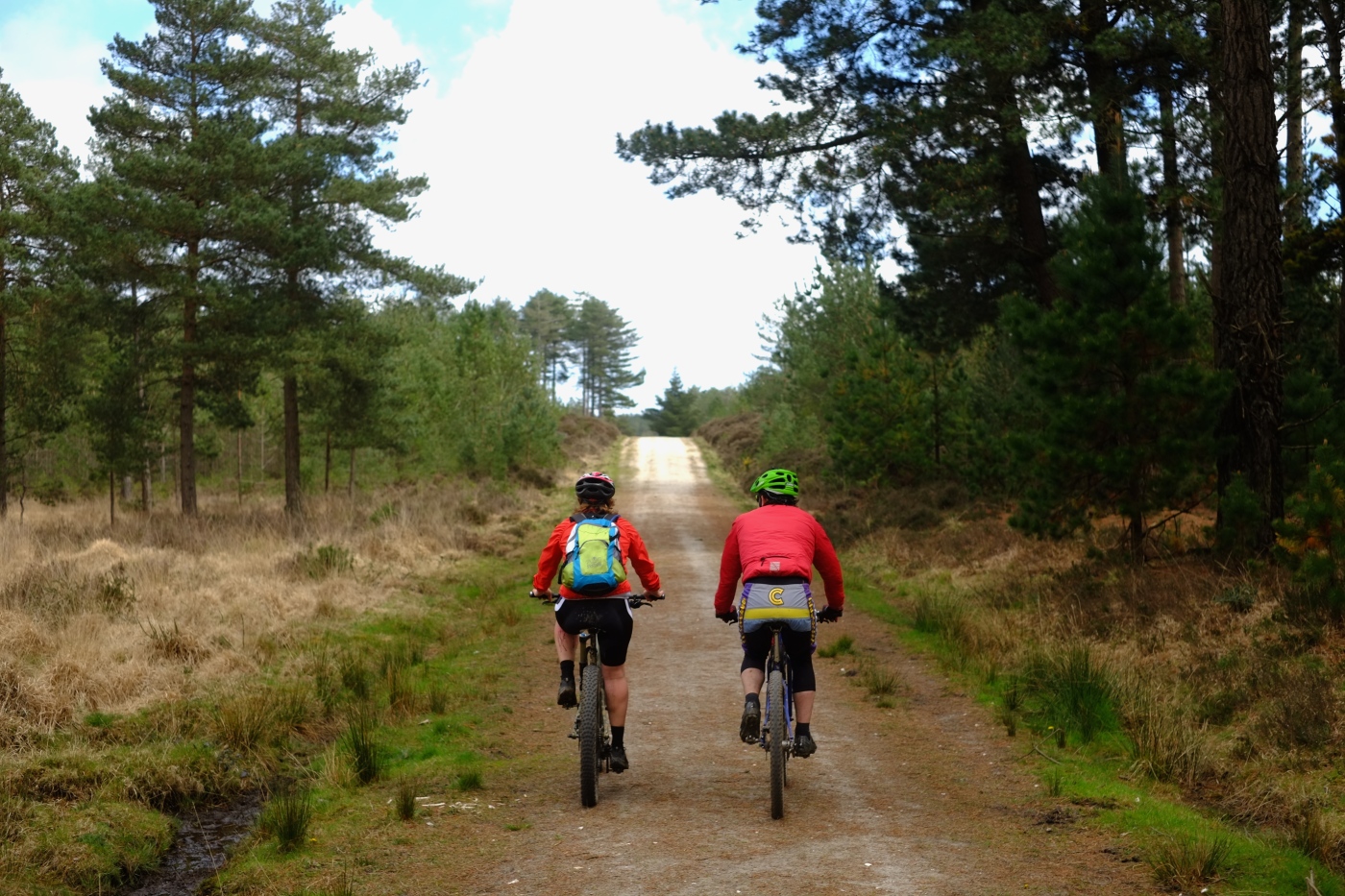 A band is bashing out their cover of walk like an egyptian from a small tent, my legs hurt and I can feel the outline of my SPD cleats through my shoes, how did I get here?

A 100 mile gravel ride in the UK spread over two days with camping and beer in between, sounds good…

Charlie the bikemonger barely needs any introduction to many. Our hairy friend is now a yard stick on the UK fat bike/bikepacking/singlespeed scene and his shop in Swanage is a definite must if you are ever down there. His latest idea (following on from the success of the Dorset Gravel Dash 100 in 2015 and the global fat bike day in the same year) was a cross/fat/mountain bike blast across 100 miles of Dorset countryside.

Terrain was going to be mixed, with a little tarmac, so the cross bike was a no brainier. Little did I know what mixed meant at this stage, but its fair to say I couldn’t really conceive the different stuff we would face.

It all kicked off from the beer garden of the Red Lion pub in central Swanage with a briefing followed by a dishing out of goodies (stickers, ass-saver, one-off tankard). 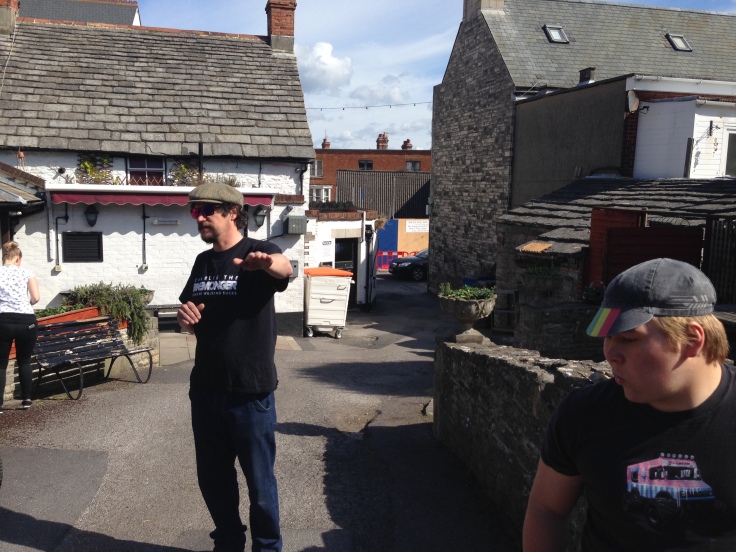 Soon we were let loose, with 90 or so riders hit the highstreet looking for dirt. The first few miles were on tarmac before the rough stuff came in the form of a brutal climb out of town and up on to the cliffs.

Pretty crazy way to start the ride, but all the way through we were kept guessing. I was actually on my own but managed to find a friendly looking bunch and asked if I could join them. Their only reservation was whether or not I would be happy to do multiple pub stops on the way. I kept a straight face and advised it wasn’t a problem.

The route was roughly circular and the first morning took us West along the Jurassic Dorset coastline from Swanage over to Corfe Castle. The route was mixed in both terrain and in difficulty. A cross bike was no problem, but at certain points bike handling was required and the inexperienced would have struggled. 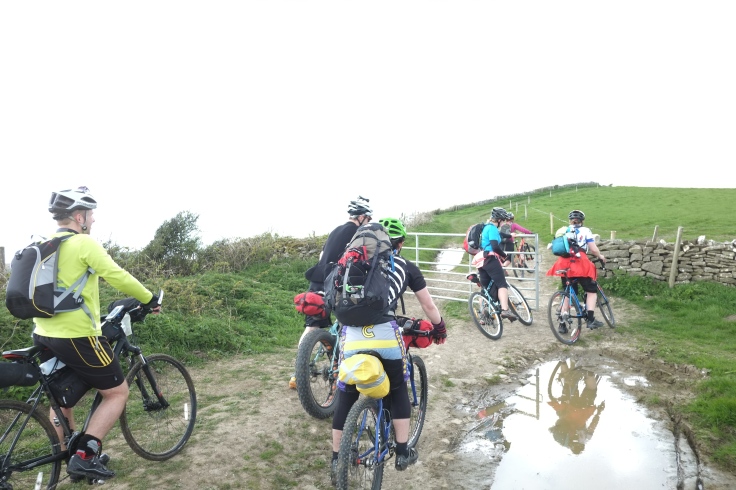 We stopped for lunch at the first decent pub, our leisurely pace already biting us in the ass as most were heading off from their stop as we started ours, no rush though. A few beers and a burger saw us full, and we were off again. This time inland.

Now started 25 miles of the most random terrain you have ever seen linked-up. Road, gravel, dirt, mud, sand, water, rock, pretty much everything except snow.

An awesome afternoon on the bike, only slightly damped by the fast approach of darkness (due to another pub stop) and my piss-pour attempts and charging a light battery. Added to this Jill’s mech hanger decided to halve itself about 15 miles form camp. we managed to single speed it with a shortened chain, which kind of worked for a mile or so between fall-offs but she made it. We also crossed the infamous “bumpy” field at this juncture. It sounded stupid, but people assured me it was indeed very VERY bumpy, but I really had my doubts. Well fuck me, it like riding a skeleton over a washboard, if Nasa sat down and worked out the fastest way to make a cross bike shed its luggage and simultaneously ruin the rider’s future chances of reproduction they couldn’y have done better. Kudos to the farmers of Dorset.

Eventually a small Petzl head torch provided an orange glow over a very technical descent onto a disused railway line, and eventually, to our camp for the night.

……and what a camp. One massive field; bikes and tents scattered randomly as if they had fallen from a crashed aircraft, all with a biblical bonfire (which could actually have been said crashed aircraft). Charlie welcomed us, forced beer into our hands and took us straight to the tent for our dinner. We quickly learned that dinner had started before us, about 24 hours before. Chef Joel had buried two deer into a pit roast late Friday and had recently dug them up, and mated them to a dumpling stew. A massive plate of that, a massive beer and a log to sit on was all we needed at that moment in time, the tents could wait.

One hell of a lot of beer followed with a slight interval to put the tent up. It was pretty cool just moving around, beer in hand and meeting the people that had come form the event, half local. half not and from every walk of life, united by the love of bikes. One story was going round about how some guy crashed not he very first technical descent into a barbed wire fence. His arm was ripped open, and he was all set to quit when an army medic (also on the ride) stopped and stitched it all up for him, whereupon he continued the ride. The story got a bit better every time I heard it (fence became dog, dog became wolf), and I never saw a vicious arm wound anywhere, but it definitely happened. 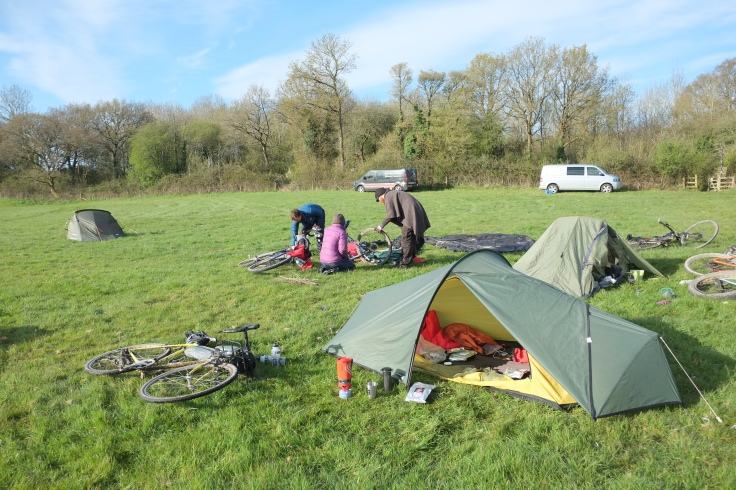 I mentioned, as we left camp the next morning (after solemn muesli and some break fluid coffee), that we had literally covered 350 miles between us, mostly offroad without a single puncture. The first one came on tarmac 100 yards later. The next one (mine) 10 miles after that. Climbing-wise it was pretty front-loaded with the second day to be a little easier, that is except for two massive climbs over ancient earth castles. These were right not the limit of what was rideable, and the descent off one a little too technical for a fully-loaded cross bike, but we all made it. 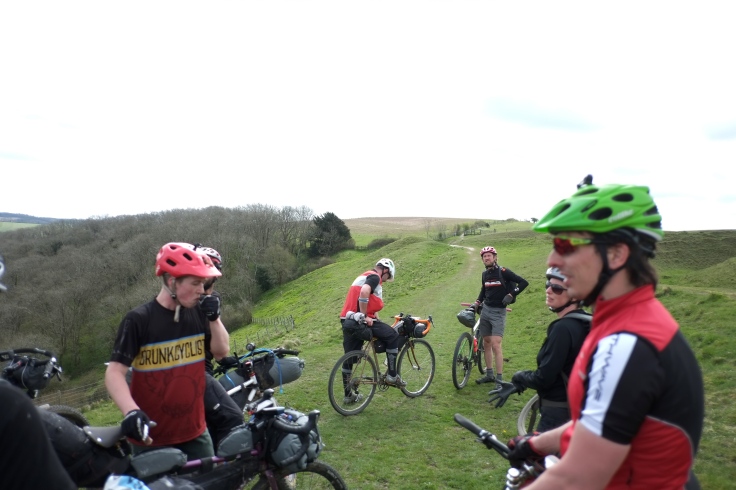 I was pretty pleased to see another cant-braked cross check at the top of one of these. We cantifolk are getting rarer on these here hills… 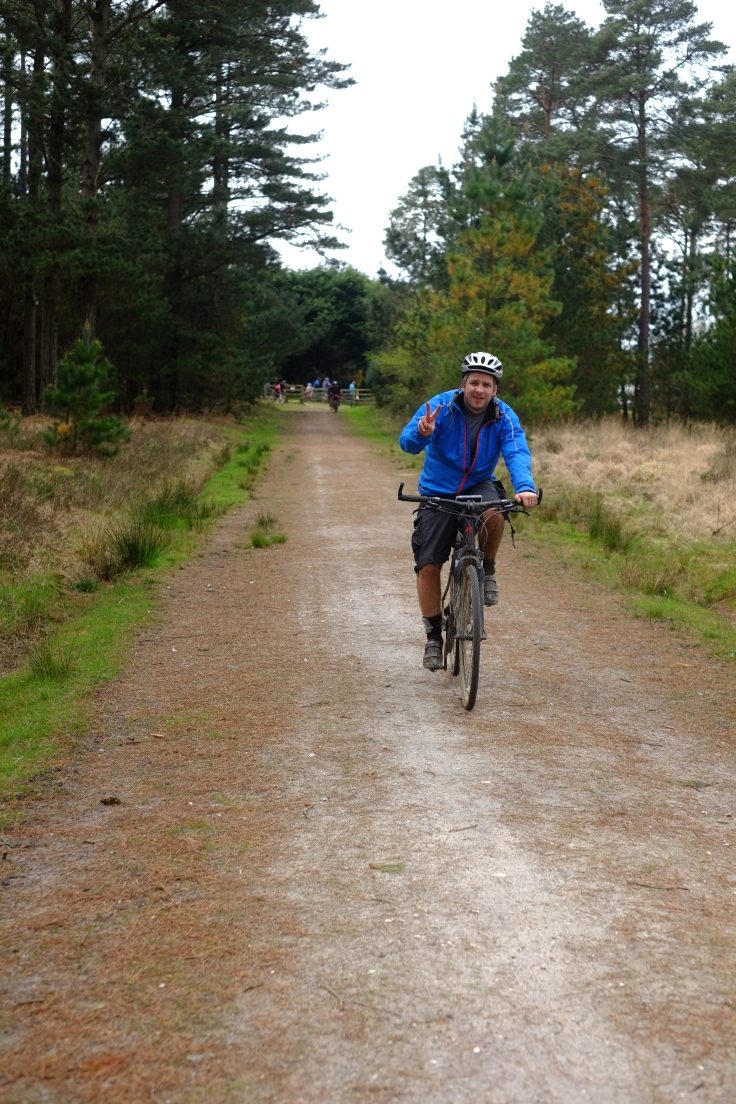 Next thing we knew we were in Studland right on the edge of Swanage, with just another massive and very soft sandy stretch and a large see headland left in our way. The sand was tough and the climb was worse, but soon we had a view of Swanage  andonly downhill miles left. A quick trip to the deck courtesy of my forgetting how SPDs work and a trip across town, back to that pub and that rarest of bangles covers……

Thanks to John, Julie, Alun, Jill, Kayleigh and Ben for letting me ride with them. At the moment it looks as though 2017’s Gravel Dash will be the second Bank Holiday in May. 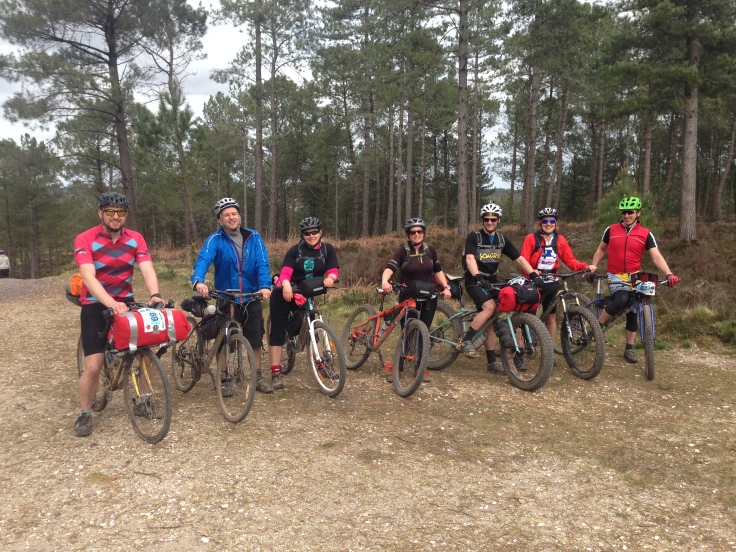